It is almost impossible to explain exactly what Freemasonry is, what it stands for and what, for each individual member, it means and hopes to achieve. There are thousands of books and learned articles available which describe, in many differing ways, what Freemasonry symbolizes for the author, for society and for various institutions none of which can hope to achieve a complete understanding of the very core of the Fraternity. Freemasonry is not a Religion, nor a replacement for religion. It is not a Cult or a club for the well-to-do nor is it a political party. It is, far more, a lifestyle for those prepared to enter into a well-tuned world where personal betterment, tolerance, brotherhood, friendship, humanity, learning and many social aspects mean a great deal.

“Toleration, holding that every other man has the same right to his opinion and faith that we have to ours; and liberality, holding that as no human being can with certainty say, in the clash and conflict of hostile faiths and creeds, what is truth, or that he is surely in possession of it, so everyone should feel that it is quite possible that another equally honest and sincere with himself, and yet holding the contrary opinion, may himself be in possession of the truth.”
Albert Pike in Morals and Dogma (1871).

Freemasons believe in a Higher Power, a Great Architect, without the dogmatic designation of this Supreme Being as a specific thing with a set name or gender. They believe in furthering themselves as much as assisting others less fortunate. They believe and follow the law of the land in which they live, respecting the Rights and Privileges of others, believe in listening to as much as in learning from other people. All values impregnated in every civilized country and state throughout the world.

Freemasons are ordinary people who hold, within their hearts, a Masonic Secret binding themselves one to another in Brotherhood and in the Brotherhood of Man, a belief in Good and a desire to assist where needed, where possible.

To understand more about Freemasonry, about the people involved, their ideals and hopes, speak to a Mason with an open mind and you may well find exactly that which your heart and mind has been seeking.

Freemasonry is a fraternity, not a religion.

As a fraternal association dedicated to making good men better, Freemasonry respects the religious beliefs of all its members. Freemasonry has no theology and does not teach any method of salvation. In particular it does not claim that good works guarantee salvation.

Freemasons are united in their desire to be of service to mankind.

While Freemasonry supports homes for members and their spouses, most Masonic services, including Shrine medical and burn centers, are available to all citizens. In 1990, American Masonic philanthropy totaled more than $525 million, of which 58% went to the general public.

Freemasonry is an open, not secretive, society.

Masonic meetings are announced publicly, Masonic buildings are marked clearly and are listed in phone directories, and Masons proudly wear jewelry identifying their membership. Freemasons inherited a tradition of trade secrets from the cathedral building guilds of medieval Europe. The only “secrets” still belonging to modem Masonry are traditional passwords, signs of recognition, and dramatic presentation of moral lesson.

Freemasonry is open to all men

of good character who believe in a God. Freemasonry does not discriminate on the basis of race, religion, or social class.

The Masonic family of organizations is open to all.

Freemasonry admits only men, but many Masonic related organizations, such as the Eastern Star, Amaranth, Job’s Daughters, Rainbow for Girls and DeMolay for Boys, offer ample opportunities for women and youth.

Freemasonry does not require improper oaths.

The solemn promises taken in Freemasonry are no different than the oaths taken in court or on entering the armed services. The much discussed “penalties,” judicial remnants from an earlier age, are symbolic, not literal. They refer only to the pain any honest man should feel at the thought of violating his word.

Freemasonry encourages study, including literature by the great writers of ancient times. Freemasonry does not sanction the views of these authors but offers them for each individual’s reflection and evaluation.

Masons learn through a series of lessons. These “degrees” of insight move from basic to more complex concepts. This no more hides the nature of Freemasonry from novice members than does having student understand fractions before calculus.

There are approximately 2.5 million Masons in the United States and nearly 6 million throughout the world.

Freemasonry has no single spokesman.

Masonry has many groups, each with a special social, educational, or philanthropic focus. A man becomes a Mason in his local Lodge. Then he may join any of the following “Appendant Bodies”: the Scottish Rite, York Rite (which includes the Royal Arch and Knights Templar), Shriners, Grottoes, Tall Cedars, etc.

Freemasonry is a fraternal organization dedicated to Brotherly Love, Relief and Truth.

How a man chooses to practice his personal religious beliefs is left entirely up to him, but Freemasonry recognizes the strong bond which unites all people under One Creator. Our members include men from a wide range of religious backgrounds, but each of them shares a commitment to this important principle.

Because of our strong bond of Brotherly Love, Masons provide Relief to help those who are in need. This includes the notion of charity, and Masons provide much assistance to worthy charities, but it also means offering a helping hand, in other ways, to people that need assistance.

As Masons, we are committed to being honest and truthful with other people. The Masonic Fraternity teaches a man to be faithful to his responsibilities to God, his Country, his fellow man, his family and himself. The Masonic principle of Truth also teaches a man to search for wisdom and understanding. For only in this way can he grow and become a better person. The pursuit of knowledge is at the very heart of our purpose.

Many famous men were members of Masonic Lodges. A few of them were:

Further information may be obtained from the American Canadian Grand Lodge web site by clicking on the following links:

How Does One Become A Mason? 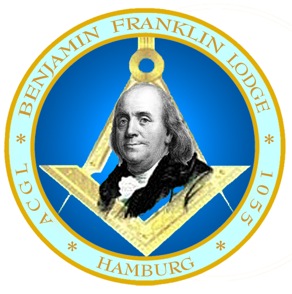